NAME OF THE ORGANIZATION

This organization will be known as The Shenandoah Valley Athletic Club.  The Club will meet approximately nine times per year (August, September, October, November, January, February, March, April, and May).  The Executive Committee may call additional meetings as necessary to  carry out the business of the organization.  The date, place, and time of each meeting will be determined by the President, in consultation with the Executive Committee.

The Mission of the Shenandoah Valley Athletic Club is to promote friendship, camaraderie, and goodwill among the inhabitants of the Shenandoah Valley corridor and others with interest in the many fields of athletic endeavor.  Every effort will be made to ensure that the leadership of the Club is diverse in that no specific business, organization, school, college, or university has a disproportionate number of officers serving at any one time.  The Club leadership will seek to serve the entire Shenandoah Valley community, always conscious of the need to ensure that no organization, school, college, or university receives favorable treatment over another.  No part of the Club’s net income or assets will inure to the benefit of any individual, no substantial part of the activities will consist of carrying on propaganda or other attempts to influence legislation; and it will not participate or intervene in any political campaign on behalf of or in opposition to any candidate for public office.

The leadership of the Shenandoah Valley Athletic Club will recruit a diverse membership (ethnic and gender) of persons 21 years of age or older, of good moral character, residing in or in the vicinity of the Shenandoah Valley.  The Executive Committee may limit or cap the number of memberships by majority vote.  Guests may be under 21 years of age, but they will not be able to purchase or consume alcoholic beverages at the social, which normally precedes the formal meeting/program.

Section 1—Meetings   The format will generally include a social period, dinner, business meeting, and guest speaker.  Other entertainment may be offered at the discretion of the Program Committee and upon approval of the President.  Members will be notified in advance of each meeting.  Any member making a reservation for himself and/or a guest, but who fails to attend without notifying the SVAC, will forfeit any prepaid money for the dinner.  Money may be refunded if the SVAC is notified before the meeting time.

The annual dues of the Club will be determined by the Executive Committee at the annual summer meeting for the ensuing year.  Renewal dues must be paid on or before the first meeting (August of the new fiscal year).  If not paid in a timely manner, the Club leadership will notify the person failing to pay that he/she is ineligible to attend meetings and programs until dues are paid.  Members will be billed on or about July 1 of each year.

The Club will provide application forms for prospective members.  Applications will be returned (hand delivered or mailed) to the Treasurer with the appropriate dues.  Additionally, the Secretary and all members of the Executive Committee will maintain brochures that can be used to explain the Club organization, mission, and procedures to prospective members.

It is the duty of all members to recruit new members.

Section 1—Officers.  The officers of the Club shall consist of the President, Vice President, Secretary, and Treasurer, each serving for a two-year term.

Section 6—Executive Committee.  The Executive Committee will be composed of the Officers of the Club (President, Vice President, Secretary, and Treasurer) and eight elected members initially (four for one year, and four for two years).  Thereafter, terms will be for two years.  The Committee will serve as the deliberative body in the formation of plans and policies affecting the Club, and approve contracts covering more than $1,000.00 in cost and/or three months of services.  The President may approve expenses up to and including $1,000.00.  The Executive Committee will set the Surety Bond for the Treasurer and approve the Surety Company issuing the bond.  The Committee will hear the recommendation of the Treasurer relative to investment policies and plans and depository for the Club’s funds.  It will decide by majority vote.  A quorum is five members.  Provisions may be made for an annual audit of the Club’s books and accounts at the end of the fiscal year

Section 1.  The President shall appoint a Nominating Committee of three members not later than the April meeting.

Section 2.  The Nominating Committee will nominate candidates for the office of President, Vice President, Treasurer, Secretary, and the Executive Committee.  Nominations will be presented at the April meeting.  Additional nominations may be made from the floor at that time, however, prior permission must be received from those nominated.  Elected Officers and Executive Committee Members will be voted in during the May meeting and will assume office as of July 1 of that year.  No officer may serve more than two consecutive two-year terms in the same office.

The Executive Committee will appoint a Membership Committee, a Program Committee and any other committees deemed appropriate.

ADOPTION AND AMENDMENT TO THE BY-LAWS

Section1—Awards.  Although the Club’s Mission is social in nature, it may be appropriate to honor certain individuals or organizations for specific achievement relative to the promotion of athletics in the valley or performance of athletic feats.  In all cases, awards must be approved by majority vote of the Executive Committee, taking care to ensure that no specific organizations, schools, college, or university has a disproportionate share in subject recognition.  The membership will vote on specific award recipients.

While there is no restriction, the membership will generally induct 2 members annually.

Nominations will be reviewed by the Executive Committee for final decision.  Club members may be nominated by completing a SVAC Honor Roll Nomination Form.

Section 3—Contributions.  The Club may choose to make nominal contributions to a charity of choice.  Subject contributions must be approved by majority vote of the membership, taking care to ensure that the contributions are not repeatedly disbursed to the same organization.

Although the Club will graciously accept donations, it is not the intent of the Club to engage in active fundraising.  It is intended that revenue will be accumulated through membership dues, modest profits on dinners, guests fees, auctions held at monthly meetings, and other fund-raising activities.  Other initiatives to raise funds must be approved by majority vote of the Executive Committee.

Section 1—Fiscal Year.  The fiscal year of the Shenandoah Valley Athletic Club will begin on July 1.

Section 3—Non-Profit Status.  The Club is a non-profit organization for the enjoyment and entertainment of its membership.  The Club may engage in service activities from time to time when approved by majority vote of the membership. 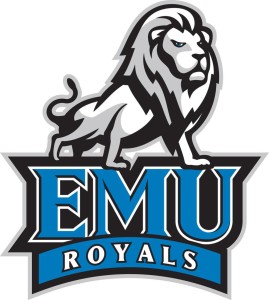